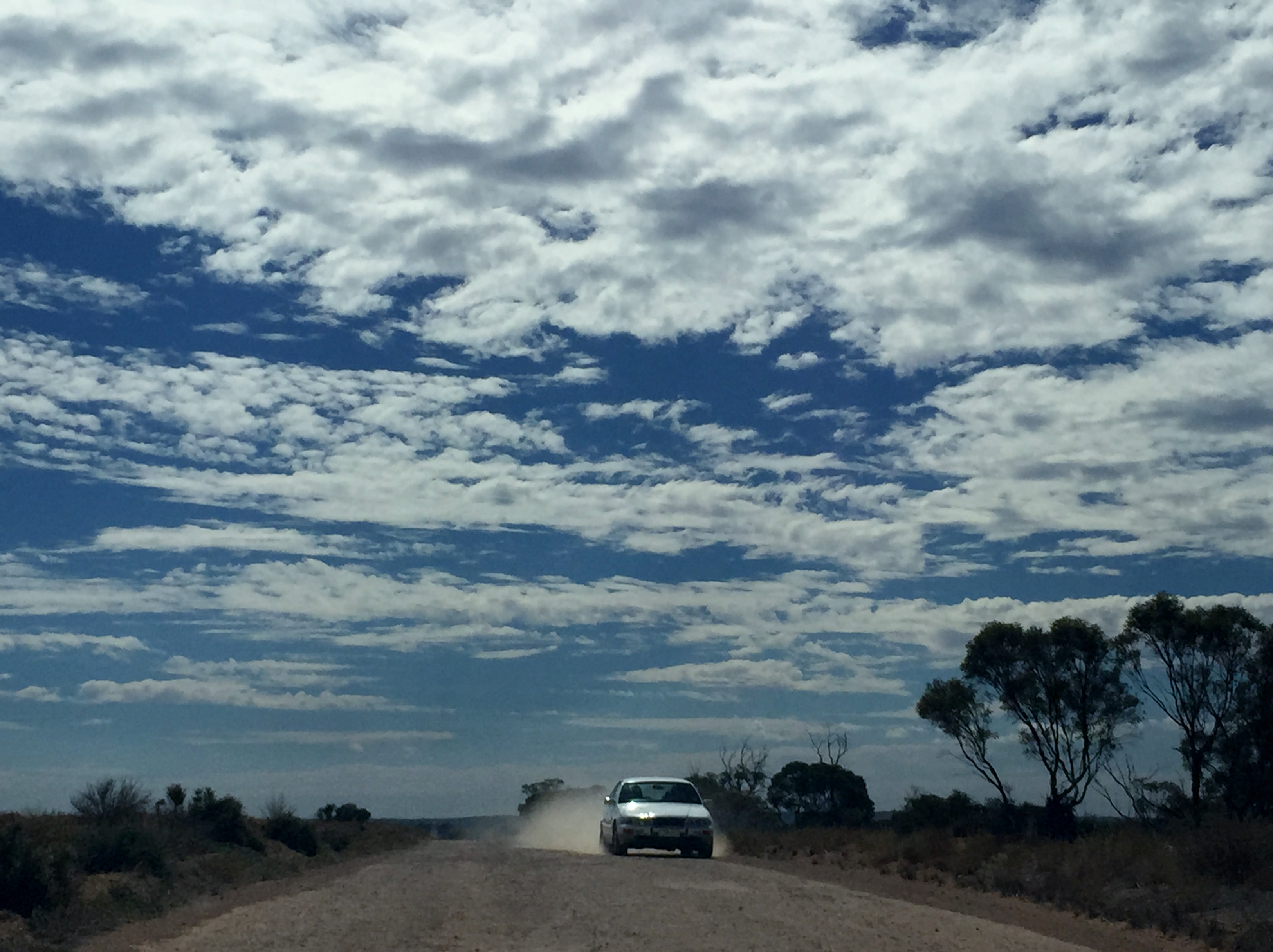 “Salty wisps of spring air that can bear no life swirled around the vast salt flat of Lake Becking. A flimsy blanket of clouds threatened to steal the thunder of the blood moon. Around us was nothing but the rolling salt flat as long as the eye can see. Birds chirped, even as we approached midnight, rudely awakened by the impending lunar eclipse.”

We were in the midst of autumn in the southern hemisphere, when we embarked on a four-day trip to Mildura on the Easter weekend. A few weeks before we had spent three days camping in Gippsland along the Ninety Mile beach and that created an appetite to visit more national parks. After all, this country is known for its rugged outback and the coarse natural beauty that is sprinkled across its vast flat continental plate. As we started planning this trip we knew we had to get away from the hordes of tourists that would no doubt saturate the southern parts of Victoria. We started exploring the map and I thought Mildura would be a great base to visit the Murray Sunset National Park.

Mildura is a small town in Victoria, located 550 km North-west of Melbourne and bordering New South Wales. We started early on Friday and drove along the Calder highway which runs all the way from Ravenswood South to Mildura. We reached just in time to be able to explore Langtree Avenue which is where all of Mildura’s restaurants and cafes are located. This was not the Mildura I remembered from my trip 7 years ago. My memories were that of sipping a late morning Guinness (while some adventurous office goers trickled in) and wondering how life would be in these small towns. We were nearly broke then with just enough money for fuel, food and an occasional beer. I would have never thought that I would come back after 7 years with my wife and that we would be living in this country! This was a new Mildura. It had kept pace with the world and its culinary delights – and I was loving this whole new experience.

The plan was to drive to Murray Sunset National Park on Saturday and explore its southern section which was well known for its three pink salt lakes – Lake Crosbie, Lake Becking and Lake Kenyon. Several thousand tons of salt was harvested from these lakes until 1975. The lakes have multiple hues of pink which are imparted by the beta-carotene pigment released by algae in late summer. We have always wanted to visit Salar De Uyuni in Bolivia for its famed salt flats, but until that day, this should do the trick. There were campgrounds scattered around the lakes to provide living space to intrepid travellers. We walked around the salt flats and clicked some perspective shots all the while wondering, if this was so beautiful, then how would Salar De Uyuni turn out to be? 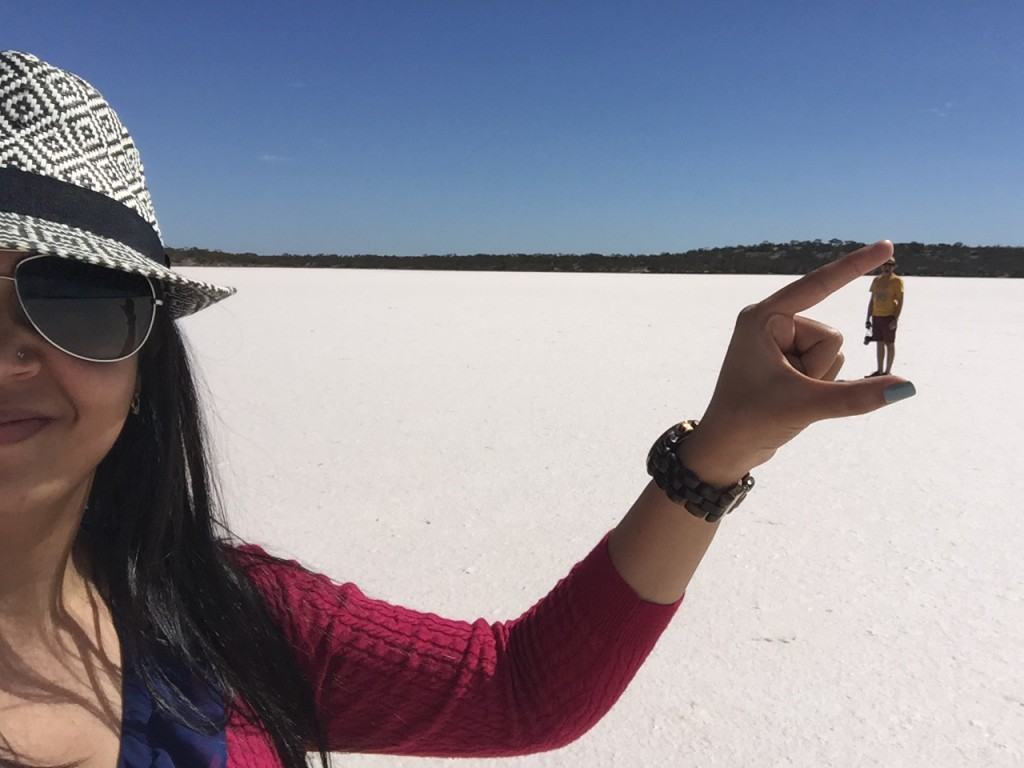 Until Salar De Uyuni happens, this will most definitely do!

While driving back to Mildura that afternoon, we realised that it was going to be a total lunar eclipse that night, a phenomenon also known as the blood moon. The thought of sitting in the middle of the vast salt flat, sipping wine and watching the blood moon rise, immediately crossed our minds.

Driving in Australian roads at night is quite hazardous as I had experienced back in 2008 – the rabbits and kangaroos run amok at night and across the highways. But we still tested our luck and drove the 175 kms from Mildura to the national park. Thankfully it was uneventful barring a few rabbit scares.

We picked up our chairs and wine and walked through complete darkness, guided by the light from a waning moon until we reached deep inside the arid lake. Salty wisps of spring air that can bear no life swirled around the vast salt flat of Lake Becking. A flimsy blanket of clouds threatened to steal the thunder of the blood moon. Around us was nothing but the rolling salt flat as long as the eye can see. Birds chirped, even as we approached midnight, rudely awakened by the impending lunar eclipse.

Galaxies unfolded in front of our eyes, miles away from civilisation. There was no sign of a mobile network to break the tranquillity and nary a light to wash away the deep black canvas in the clear night sky. A shooting star here and a constellation there was all we could see. We sat there for more than an hour staring at the spectacle of the earth casting its shadow on the moon and the moon glowing red as if in anger. In the distance we could hear voices of excited campers sitting around their campfires bantering and exchanging tales. We tried in vain to capture some of the images in our cameras and finally just sat there in silence sipping our wine. 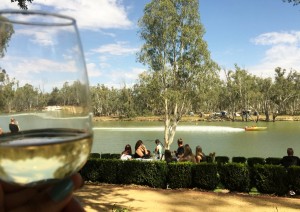 Next ArticleA throwback to the culinary delights of Peru