We understood that our vocation, our true vocation, was to move for eternity along the roads and seas of the world. Always curious, looking into everything that came before our eyes, sniffing out each corner but only very faintly – not setting down roots in any land or staying long enough to see the substratum of things; the outer limits would suffice.

If the world was a sea then we would be the flotsam, drifting endlessly from one continent to the other – between cities and states and countries and territories – never to be stopped until we perish. For the quixotic version of eternity that we spend in each place, we drive. From the Mountains of Montana to the fjords of Norway and from the desolate outback of the Northern Territory to the lush highways of the Garden Route – it has been one delightful journey after another. I hope it never stops. I hope I always find something to reminisce and write about.

Amongst the many road trips that we have done, there are some which are truly memorable and worthy of innumerable words. There are so many more to be done. But until we create those memories, these should suffice. 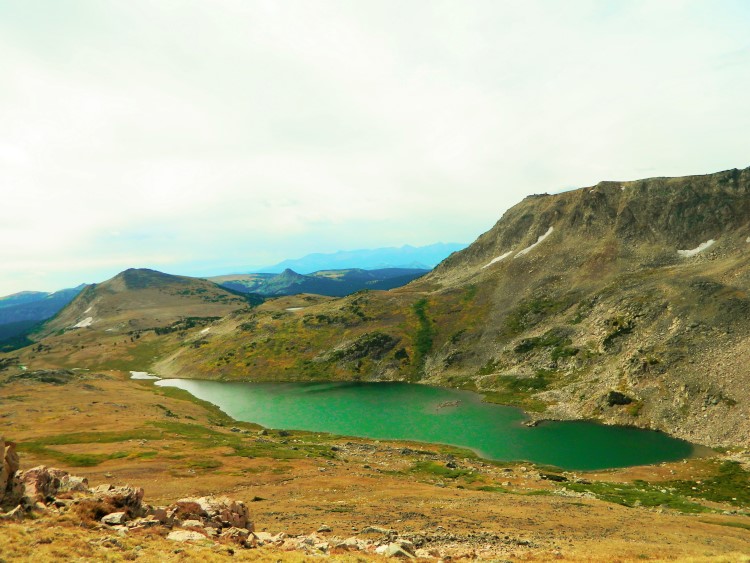 Often labelled as one of the most scenic and dangerous drives in the United States, the Beartooth Highway rises to an elevation of 10,947 ft. (3,337 m). The road runs along the border of Montana and Wyoming and connects Red Lodge, MT to Cooke City, MT. We drove to Yellowstone from Billings, MT. There were peaks with leftover winter snow and high elevation lakes all along the way! The series of sharp switchbacks and steep ascent make this a fun drive for those of us who are into that sort of thing! 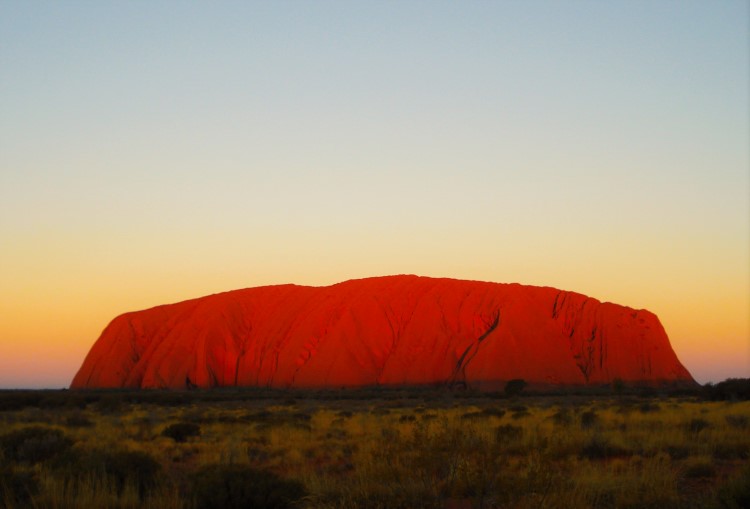 This is so far the longest road trip of my life. The terrain along this route is a mix of lush green country side, mountains, rolling flats, beautiful vineyards, and arid plains. But the most striking feature of this road trip is the Northern Territory with its sun burnt, arid plains and roads that seem to go on forever. If you love barren beauty, then this should definitely be on your list. At the end of the trip you would be rewarded with an experience of a life-time as you spend a few nights at Yulara and marvel at the gigantic Uluru.

The Yay! Factor: Experience the stunning fjords from the huge Norwegian car ferries! 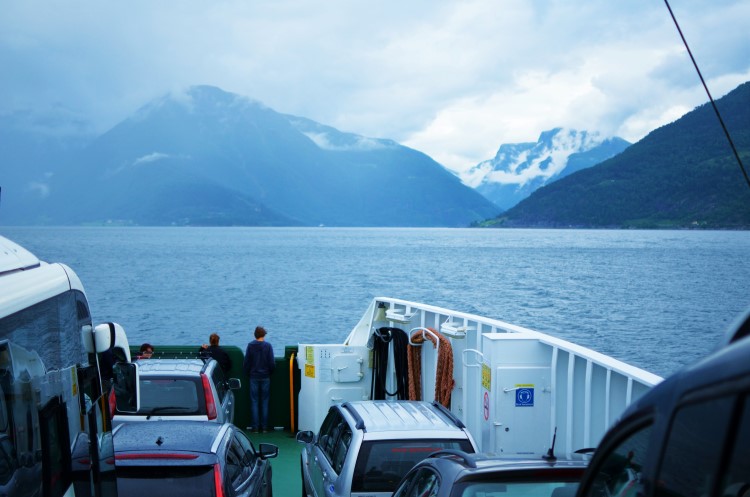 In the Norwegian summer, the weather is perfect for a little road trip around the fjords. But for me the motivation was a little different. This would be my first experience on a car ferry. And what better way to experience it than on a massive ship crossing the norwegian fjords! A part of the experience was also the world’s longest road tunnel – Lærdal tunnel (24.5 km). At the end of the journey, you reach Flåm, a small village of 350 people. It is nestled at the tip of Aurlandsfjord which is a branch of the largest fjord of Norway – Sognefjord.

The Yay! Factor: Explore hidden destinations all along the way such as Oudtshoorn with its ostrich farms and wonderful small towns like Knysna! 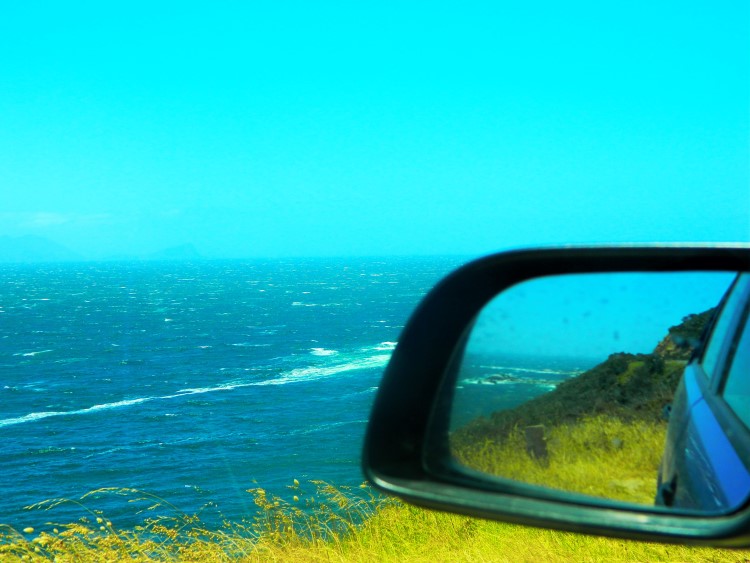 We drove from Cape Town along N2/ Settlers Way and stopped at the pristine coastal town of Hermanus along the way. Then came the Garden Route which stretches for 200 km from Mossel Bay on the Western Cape to Stormsriver on the Eastern Cape. We sampled some local delicacies such as Roosterkoek along the way. We spent 2 nights in Knysna which is an absolutely delightful small town with some really good restaurants and night life. There is lots to do in Knysna such as hire a boat and just cruise through the backwaters or lay at Buffels Bay beach and enjoy the Indian Ocean!

The Yay! Factor: Drive through the lowest and the hottest point in North America, experience vapourising hot temperatures and a terrain that resembles another planet! 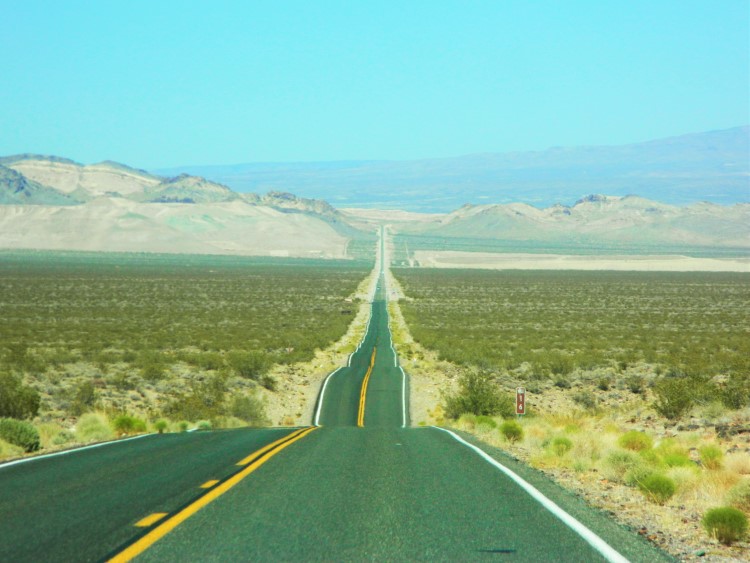 While there are easier and much faster ways to get to Las Vegas from San Francisco, we are ones to take the road less travelled. We started from San Francisco and drove via Sonora Pass (closed in winters) to the quaint little town of Lee Vining where we spent the night. Half of the next day was spent exploring the nearby Mono Lake, Devil’s Postpile and Rainbow Falls. Then came the most exciting part of the road trip – Death Valley. The terrain here feels like it’s from another planet! You would be lucky to encounter a car or two along the way. Every now and then the road goes straight as an arrow and ends in a confused series of bends, crests and troughs that make this drive a lot of fun. We stopped at Stovepipe Wells along the way for some refreshments (read: a pint of Corona) before taking a short detour to drive past Badwater Basin which is the lowest and hottest point in North America. After Death Valley, we crossed over into Nevada and ended the road trip with the magnificent sight of Las Vegas rising from the desert – it almost felt as if it would disappear if we took our eyes off it!

The Yay! Factor: Drive along the Indian Ocean on the edge of Australia, breathe in the maritime stories of an age gone by and witness the spectacular Twelve Apostles! 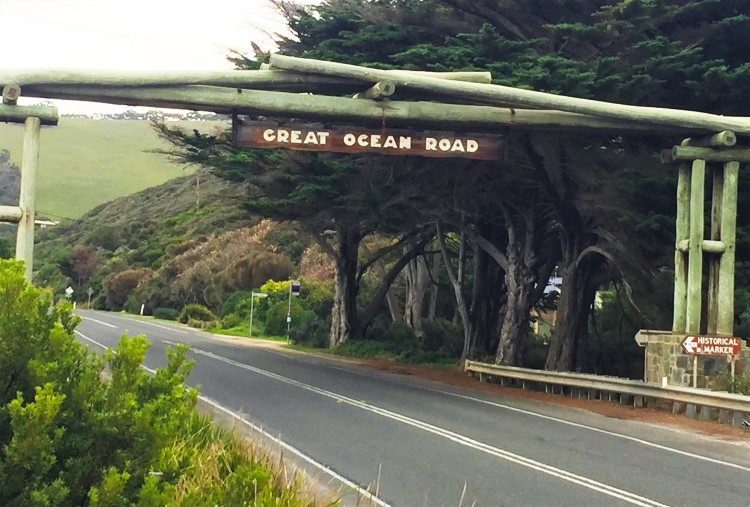 There is a strange sense of freedom associated with being near the ocean. On the Great Ocean Road (GOR) you get to drive 250 km along the ocean on one of the best roads in the world. Starting at Torquay, it runs all along the Indian Ocean, ending at Warrnambool. We were heading to Warrnambool which is famous for its whale nursery during the winter months (June, July). It is a low tourist season and the conditions are absolutely perfect for a drive along the GOR. We started along the surf coast from Lorne to Apollo Bay. There are several towns along the way which serve some smashing fish and chips in true aussie style! The road then swerves into the densely wooded section of the Great Otway National Park. There are some beautiful walks and trails all along this section. As we emerged from the Otway woods, we drove along a section of the GOR called the Shipwreck coast, stopping along the way at scenic viewpoints to read some of these maritime stories. The shipwreck coast is home to one of the best known Australian landmarks – The Twelve Apostles. They were twelve free-standing rock formations, but the ocean has weathered away four of them. What remains is still an overwhelming sight and not to be missed while you are there!

This list is far from complete, just as our travels are. We day dream about driving through the rocky highlands of Mongolia and the snowy backyard of Alaska. Stay tuned to read more about our road tripping experiences!